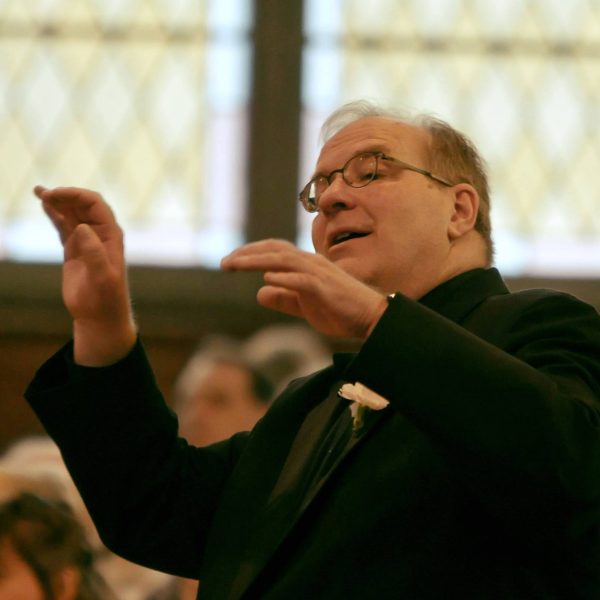 David Garber is a graduate of Eastern Mennonite University (Virginia), majoring in trombone, with graduate studies in Choral Conducting at
the University of Alberta, under Dr. Leonard Ratzlaff. He also studied as a conducting apprentice at Alberta College Conservatory of Music under Pro Coro Canada’s Founding Artistic Director, Michel Marc Gervais.

David taught public school bands and choirs for 24 years, and has also taught at Alberta College Conservatory of Music, The King’s University, and the University of Alberta.

An original member of Pro Coro Canada, David sang with them for 28 seasons. He was also a founding member of VOCE – the a cappella
experience, and has sung with Da Camera Singers, Richard Eaton Singers, University of Alberta Madrigal Singers, and i Coristi Chamber Choir.

David was the recipient of an Alberta Foundation for the Arts Award for Career Development to study at the Baroque Performance Institute, Oberlin Conservatory of Music, and the recipient of the Alberta Choral Federation’s Con Spirito Award, in recognition of spirit, dedication and commitment to choral music. David has also been nominated for the Mayor’s Award for Excellence in Artistic Direction. 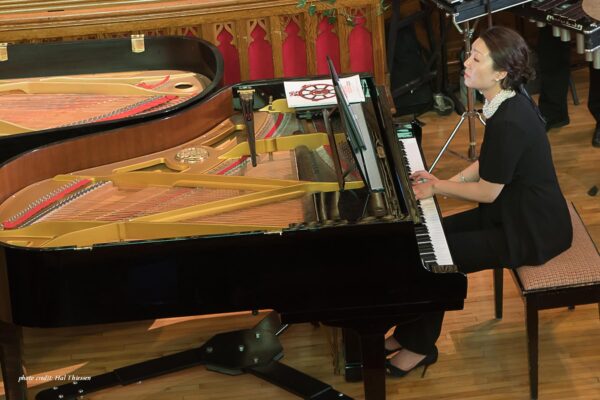 Remi Do Remi Do moved to Canada in 2000 from her home in South Korea. She has studied with Jacques Despres and Patricia Tao at the University of Alberta, performing her own recitals in 2002 and in 2006. Remi received her music degree in 2006. 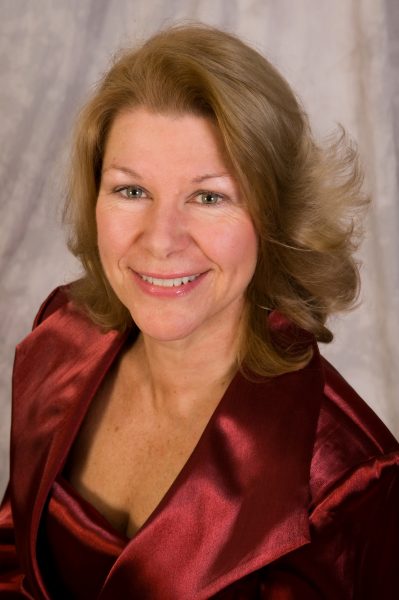 A native of Detroit, Michigan, Janet Smith received a Master of Music degree in Voice and Opera from the University of Michigan, then immigrated to Canada to sing with the Elmer Iseler Singers in Toronto. During 10 years there, she also did many solo music broadcasts for CBC Radio, was soloist with orchestras and choirs, was a member of the Canadian Opera Chorus, and, later, a member of the Canadian Opera Ensemble.

She was invited to Edmonton on a one-year contract with Edmonton Opera and, after that initial year, she and her husband Derril Butler co-founded Alberta Opera Touring Association, a company that presented “fairy tale opera” to school students, and, on weekends, Broadway musicals to community groups. She performed throughout Alberta and Saskatchewan to thousands of children and adults.

Thinking that she might be “aging out” of the character of Little Red Riding Hood, she went to U of A and got a Bachelor of Science degree in Occupational Therapy and worked in rural home care for many years, continuing to make music with Pro Coro Canada, Da Camera Singers, and as a soloist and workshop/retreat teacher for local choirs.

Now “retired” from Home Care, Janet teaches voice to students from age 5 to 73, is section lead with Richard Eaton Singers and Vocal Coach with Edmonton Metropolitan Chorus, and also sings with Chronos Vocal Ensemble and Lac Ste. Anne Community Choir (based in Alberta Beach). There is still time in the schedule for new challenges, though, should they come along! 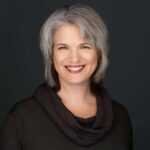 Mireille works with students of all levels, from children to adults. Her pedagogy is based in the classical tradition. She stresses the importance of being able to read music, healthy vocal technique, and ultimately the joy of communicating through song. Mireille’s students are active singers in the community and many have continued their vocal studies in classical voice and musical theatre in post secondary institutions across Canada. She is a member of ARMTA, NATS (National Association of Teacher of Singing) and is an Affiliate Member of the Association for Body Mapping Educators.

Mireille has a Master of Music in Vocal Performance from the University of British Columbia. She was Music Faculty at the University of Alberta’s Campus Saint-Jean from 1999 to 2012 and was on staff at Concordia University of Edmonton from 2006 to 2016 as a voice instructor, Manager and Program Coordinator of Concordia’s School of Music. Mireille was a member of Edmonton’s professional choir, Pro Coro Canada for many years and from 2016 to 2019, was their Executive Director. In June of 2018, she was elected to the Edmonton Arts Council and since August 2020, is the General Manager of CRIPSiE (Collaborative Radically Integrated Performers Society in Edmonton).

Mireille has been heard on the CBC as a soloist and has appeared with the Alberta Baroque Ensemble, the Richard Eaton Singers, Pro Coro Canada, the Edmonton Metropolitan Orchestra, Concordia University Chorus and Orchestra, Opera Breve Vancouver, Western Concert Opera, Opera Lyra Ottawa, and in productions supported by Edmonton Opera. She has been heard as the inimitable Julia Child in Lee Hoiby’s Bon Appétit!, an operatic version of one of Julia’s cooking shows, which brought her critical acclaim in Vancouver and at the Edmonton Fringe. 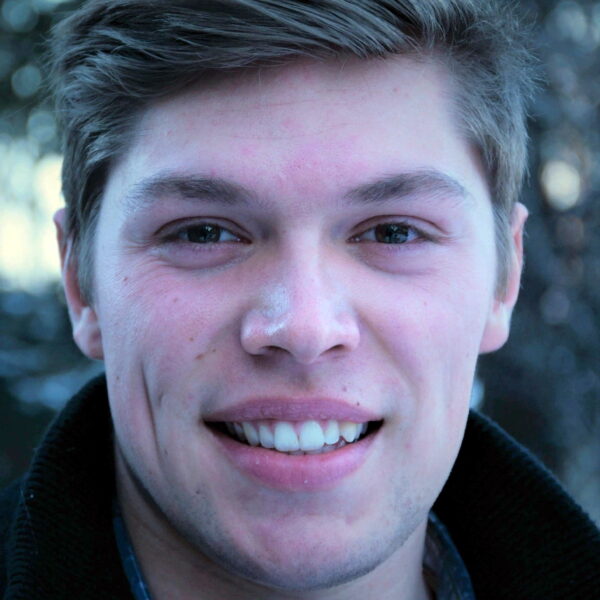 Residing in Stony Plain, Alberta, Christian Maxfield is a Grade 2 teacher at SML Christian Academy. A graduate of Concordia University of Edmonton, he completed a B.A. in History and Music (voice) in 2017 and a Bachelor of Education in 2019. In addition to studying voice privately, Christian sings regularly with Edmonton Metropolitan Chorus, Pro Coro Canada, and appears as a soloist around Edmonton. In recent years, he has also sung with the Edmonton Youth Choir, Concordia Concert Choir, Chronos Vocal Ensemble, Alberta Youth Choir, VoiceScapes, and the National Youth Choir of Canada. In his free time, Christian enjoys time with friends and family, cooking, reading, and keeping active.

A recent graduate of the University of Alberta (Masters of Music, Choral Conducting), conductor, singer and percussionist Graham Fast is a passionate and versatile musician. During his time in Edmonton, Graham has worked with many of Edmonton’s finest choirs including Richard Eaton Singers (assistant conductor), ProCoro Canada #connect, the University of Alberta Madrigal Singers, Chronos Vocal Ensemble, Vocal Alchemy, and Cantilon Choirs’ Vox Hominis men’s choir.

Graham completed his Bachelor of Music at the University of Calgary in 2014, focusing on Vocal performance with an integrated focus on wind band conducting. In the fall of 2015 he began his studies at the University of Alberta under Dr. Leonard Ratzlaff, where he received the Queen Elizabeth II Graduate Scholarship in 2016 in recognition of his academic and artistic excellence.

While Graham’s singing and conducting involvements in the Edmonton area develop, he still maintains connections with his Calgary roots where he is frequently engaged with musical projects. Graham currently lives in Edmonton where he actively contributes to the flourishing choral community in the area, both as a singer and a conductor.

Brett Ludwig is a piano player, singer, arranger, and studio musician, with 20 years of experience in choral and a cappella singing, and is an accomplished pianist and accompanist. As an ensemble singer, he has performed with Ben Folds, Glass Tiger, Edmonton Symphony Orchestra, Reuben Studdard, and Mark Masri, Alberta Ballet, Citie Ballet, Calgary Philharmonic Orchestra, Epsilon, 6 Minute Warning, and various barbershop quartets.

Brett arranges for choirs & a cappella groups and composes choral and instrumental music. He has a diploma in Jazz Piano Performance from Grant MacEwan, studied piano in the Royal Conservatory curriculum, and has been a member of Pro Coro Canada for 10 years. 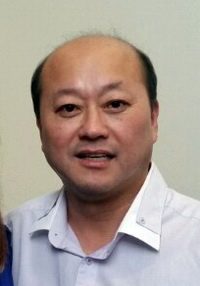 Edmonton Metropolitan Chorus is a chorus for men and women of all ages and abilities, all sizes & shapes, all colours & backgrounds. It is a chorus where all can feel safe and accepted. It is a chorus through which all can explore the wonders of music.